Sometimes we grieve those that are still here 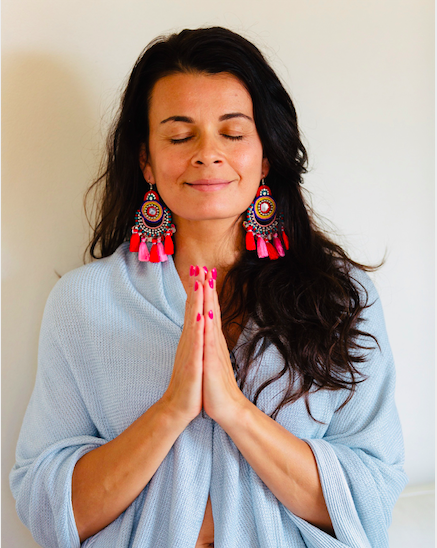 My friend passed away a few weeks ago. I’m so sad that I no longer see her and at the same time thrilled that she’s free from this earth and that she now has her wings. It wasn’t an accident or cancer, or any illness for that matter.

She was actually 2 months shy of turning 100 years old.

Anyone who knows me well, will know of the special bond I had with Mrs Klein. I met her almost 8 years ago when I moved to my home office and she and I forged a loving bond almost immediately. She was the grandmother I never had and I was the granddaughter she never had.

She and I would sometimes have tea and biscuits together as we chatted about our lives, the people in our community, our love of vintage clothing and furniture and the men we’d loved and left.

Nothing was off limits. She was always generous and open with me and I never felt uncomfortable with any question she asked, if anything, I always appreciated her perspective and advice.

And as much as she was gentle and kind with me, she was also strict when she disapproved. The only time I ever get dressed up is when I officiate a wedding as a celebrant and she’d see me coming down the stairs and would sometimes physically recoil in horror and send me back upstairs to change my shoes.

And I would! And she was ALWAYS right!!

A relationship with someone ended several years ago and Mrs Klein’s son Joe, texted to say that he’d left a bunch of flowers for me. Joe asked me what I wanted to do with them. Initially, I told him to throw them out, but when he said it would be a shame as they were so nice, I told him to give them to his mum. The pic he sent back was a super cheeky one of her posing next to the roses that I used as her contact image, that came up whenever she called me.

I miss her. I miss her tenacity and ability to tell of the gardner or someone who has parked across our driveway. I miss her reminding me to comb my hair, or the way she’d sign my birthday cards with so much love. I miss the impromptu moments of bumping into her on the stairwell and talking about the weather in one moment and then immediately pivoting into something deep, meaningful and very private so soon afterwards.

Mostly, I miss how I felt around her. You know how Maya Angelou is famous for reminding us that you won’t always remember what people said, or what they did necessarily, but you’ll always remember how they made you feel. I miss feeling her love. I miss feeling so good and almost invincible after each of her pep talks and wise words of advice.

She’s left the earth realm but she’ll be in my heart forever. Her absence has made me think of my folks, and when it will be their turn to depart. Many of my friends and clients are in a similar position and it’s made me think about how sometimes , we grieve people who are still here, but whose spirit is not any longer.

For some years now, I’ve been grieving my dad who is still here, but no longer the same.

My talented friend Amal knows all about this, and she wrote an incredible book called ‘Friday’s with my Folks’. I’m honoured to be among one of the many gifted people that she interviewed about my aging parents, specifically my dad and how it has impacted my (and his) relationship with my mum.

Initially, it was very triggering for me to read because at the time of being interviewed, my beloved puppy RuRu was still earth side, and the cheeky chop looked through her bag as he foraged for food, and he managed to make a special guest appearance in her book as the featured president of the starving union.

Although every question I answered was true at the time, since the time of publishing, my dad’s health has further regressed and I’ve had to harness a little more inner strength I never knew I had. This is true for so many people I know and I take comfort in not being alone.

Her book is an incredible resource for anyone that is traversing this path so if you or any of your friends would appreciate her interviews, stories and guidance from a wide array of people, here’s a link where you can purchase it for yourself or a loved one for Christmas.

When I was little, the cultures that were familiar to me displayed signs of mourning a loss and embodying grief in a very different way. If a woman lost her husband or child, she’d adorn herself in black for the rest of her life. It puzzled me that the other gender would not do this. (Oh the inconsistencies of a Greek tragedy!)

While I have enormous respect for how each human processes their grief, and despite my resistance to resigning to a life of wearing black forever.. I have to say, there’s something profound about the ‘visibility’ of showcasing your grief. It’s like a cloak that tells the world to back off because you’re not up for anything that stretches your bandwidth.

And the reason that this intrigues me so much, is because so many of us are processing so much invisible grief, much like an invisible illness like adrenal fatigue, depression or anxiety. When my hormones were out balance and I was suffering from headaches, one of the other side effects was losing half the hair on my head. But you wouldn’t have known unless I told you, much like my friend who recently had some cancer cells removed and then spent a week in Byron to recuperate. Last time I saw her, she looked like she had just come back from a 3 month European vacation.

And sometimes, the person we grieve, is the same person that stares back at us when we look in the mirror when we mourn an archetypal identity that we no longer embody.

This comes in so many forms such as when a new mother is no longer a maiden, when a commanding officer realises he can no physically longer lead his team competently, or even when we are not someone’s husband or wife any longer.

As children whose parents are aging, we also mourn the loss of the archetypal identity of being the child, as our relationship morphs and we become varying aspects the carer as they regress back to being a child. This is why Amal’s book has been so profound for me.

And until we cross paths again, I’m sending love to you and your journey of unfurling,