The Rise of The Feminine, Age of Aquarius & Hillary Clinton

Never in my wildest dreams did I think that spirituality and politics could merge to form a post where The Rise of The Feminine, Age of Aquarius & Hillary Clinton could be discussed in the same context. Now I wonder what took me so long.

How much of our personality do we really need to compromise in order to be accepted? A big part of my working life is spent helping my clients find clarity with their expression, via their actions and through their voice. 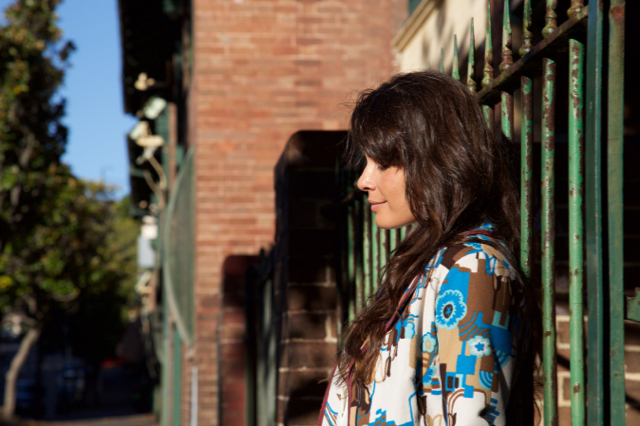 And in the multi faceted uncovering of layer upon layer that is revealed through my counselling or kinesiology sessions, for the most part, I’ve discovered that many of us have learned the different ways in which we can modify ourselves (and subsequently our speech), in an effort to be loved & accepted by others.

In equal parts, may of us seem to be reluctant to say what we really think for fear of hurting the other, being ridiculed or in many cases, a variation of both.

As children, when we experience some form of love, or care taken away from us after we’ve done something that does not please our parent or our carer, we learn to modify or hide our ‘offending’ behaviour so that this love or attention doesn’t get taken away from us again.

If our anchor feeds the belief that we are only loveable, worthy or acceptable if we behave in a certain way, this can set the foundation for subsequent relationships to form conditionally.

As a society, we seem to have remarkably different rules for women in the public eye than we do for men. For some reason, we seem to be much more forgiving of the latter, and infinitely more critical and scathing of the former.

I see this with my female clients who work as stand up comedians who get heckled with degrading remarks about their physical appearance by the very same audience who guffaws at similar jokes made by a man.

During wedding speeches, the best man is similarly rewarded with rapturous applause for his digs at the groom, while his maid of honour counterpart is usually expected to simper about ‘what a great honour it is to be here for her best friend in the whole world.’

Even as a celebrant with a decade’s worth of street cred under my belt, the way I hold the space when I officiate a wedding, is incredibly different to a man, irrespective of his experience.

Hilary Clinton made (yet another) huge impression on me when she was directly quoted via the popular Facebook site ‘Humans of New York’ last week. 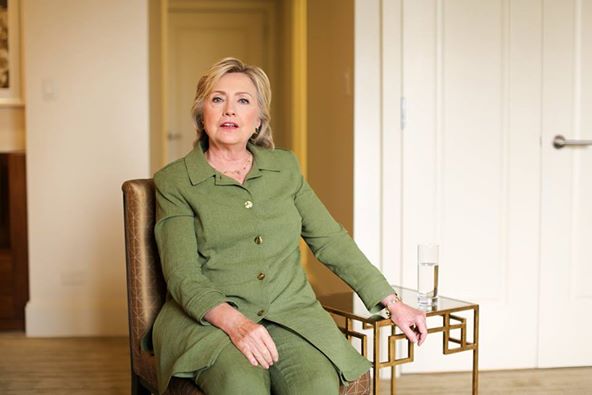 “I was taking a law school admissions test in a big classroom at Harvard. My friend and I were some of the only women in the room. I was feeling nervous. I was a senior in college. I wasn’t sure how well I’d do. And while we’re waiting for the exam to start, a group of men began to yell things like: ‘You don’t need to be here.’ And ‘There’s plenty else you can do.’ It turned into a real ‘pile on.’ One of them even said: ‘If you take my spot, I’ll get drafted, and I’ll go to Vietnam, and I’ll die.’ And they weren’t kidding around. It was intense. It got very personal. But I couldn’t respond. I couldn’t afford to get distracted because I didn’t want to mess up the test. So I just kept looking down, hoping that the proctor would walk in the room. I know that I can be perceived as aloof or cold or unemotional. But I had to learn as a young woman to control my emotions. And that’s a hard path to walk. Because you need to protect yourself, you need to keep steady, but at the same time you don’t want to seem ‘walled off.’ And sometimes I think I come across more in the ‘walled off’ arena. And if I create that perception, then I take responsibility. I don’t view myself as cold or unemotional. And neither do my friends. And neither does my family. But if that sometimes is the perception I create, then I can’t blame people for thinking that.”

While my life aspirations haven’t been based on politics, the truth is that we are now living in the Age of Aquarius and I can’t stick my head in the sand regarding global issues that affect my consciousness, irrespective of whether they have a direct influence on the quality of my own life. After all, we’re all living on the same planet, aren’t we?

This means that not only are we uniting more from a group consciousness as opposed to individual ambition, it also means that we are raising our awareness to make room for the new values of love, brotherhood, unity and integrity.

We are also living in the time where the Divine Feminine Power is rising. It’s been bubbling for a while in order to raise awareness about the gross inequality that has dominated our lives for many years now. In the 60’s, it was the concept of feminism that got our attention, remember?

The rise of the feminine is now in place to show us (both men and women) that in order to find some sort of order and balance in our world and more importantly, within ourselves, it’s time to unite and co create a safe haven for free expression in the world.

A world where we can be equally validated for our uniqueness as we embrace a hierarchy that is horizontal and can easily form a circle, as opposed to a vertical structure where there is always going to be someone at the top and the bottom of the food chain.

I have only 1 spot left for my 1:1 balance sessions this week. You can book yourself in by scrolling down and using the scheduling tool if you’d like to clear those pesky blocks. And as always, free group healings happen every Wednesday night over at my private Facebook group.

Til next time love bug, Patty