Truth. And its Consequences

Much of the 1:1 work that I do with my clients revolves around the concept of ‘truth’ and its consequences – both for themselves and mostly the effect that this will have on others.

That well-known cliché that tells us that ‘your truth will set you free’ is so common and well known, but what they don’t teach us in school, is that along with that freedom, comes a certain level of pain. 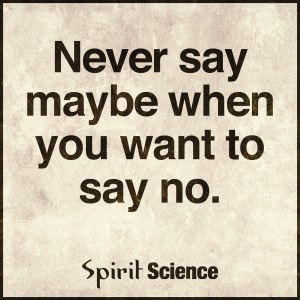 The biggest block that tends to come up, is that we don’t want to hurt our partner / lover / friend / family member by telling them how we truly feel.

But when our actions become more about the other person’s feelings, our personal vibration then starts to vibrate at a frequency that doesn’t resonate the truth of what we think and how we feel.

As a result, our reactions and responses lack a genuine sincerity, which then results in a domino effect of misunderstandings and resentment.

And sometimes, what we feel is too painful to admit to ourselves, much less to others, and this is a big one – especially when we come to realise our truth means that many dynamics in long standing relationships will now likely have to change.

The pain of admitting our truth means that we have to be accountable for what is being mirrored back to us. Anticipating other people’s responses can be a reflection of our need to be liked.

I watched part of Diane Sawyer’s much-anticipated interview with former Olympian, Bruce Jenner, about his transition from male to female. When Bruce responded to Diane’s questioning, he talked about one of the hardest things about his life at the moment, primarily because, and I quote his words, “I don’t want to disappoint people”

As spiritual beings that are having a human experience, we don’t want to lose that person / relationship / job / status / connection.

It’s another big one – and one that is oh so close to my own heart. Last year when I decided I was not able to live in America, admitting that truth (to myself, and to others) was hard.

Actually, it was one of the most painful truths I have ever had to make peace with, because it meant that the dreams my partner at the time and I had planned together, were not going to become reality any time soon. Or ever.

And it still hurts. Despite knowing (and feeling) that I made the right decision, coming into my truth isn’t about me living happily ever after right now. The Universe didn’t say “atta girl for being honest, here’s a free pass for you for the next few months.”

Nope. Those first few months (and then some) were like hell on earth.

But I take comfort in knowing that the labyrinth of pain I worked through wasn’t based on a lie, so even though the journey was treacherous at times, it didn’t take as long to get to a place of peace.

Having said that, the time it takes for us to move through our journeys isn’t as important as the timing. One of my colleagues recently separated from her husband after being together for more than 30 years.

Even though she knew that staying together wasn’t the right outcome for both of them, the timing for their separation needed to be right (and to feel right) so that the transition could be a little easier for them all. Has this ever happened to you?