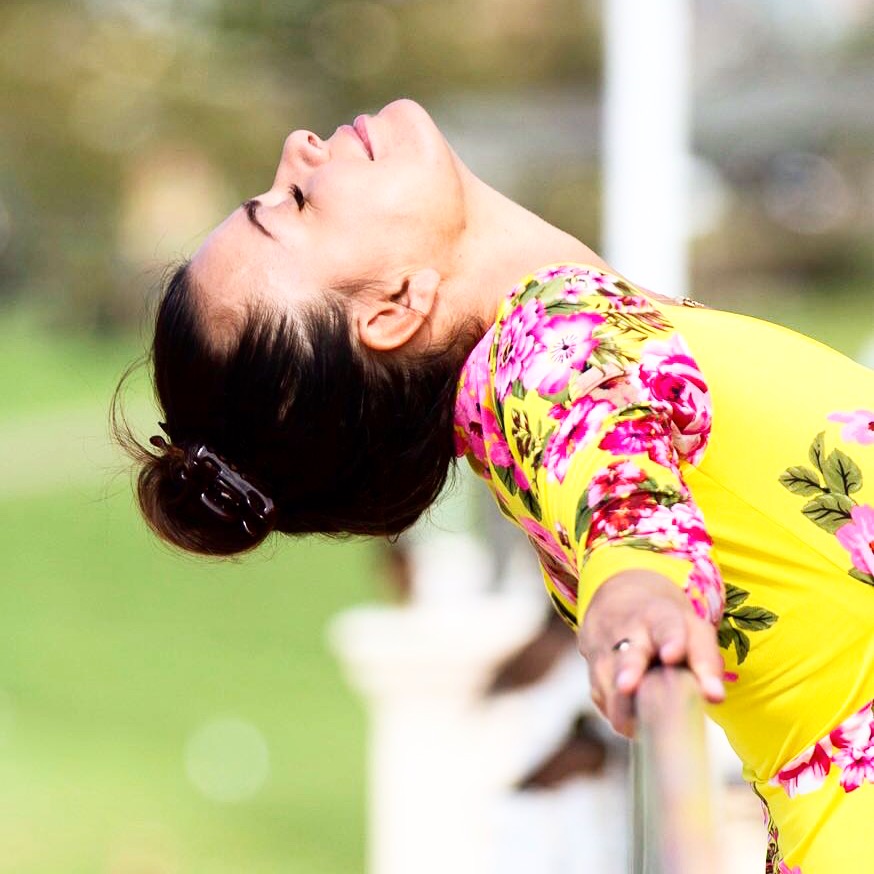 It’s been a minute between regular newsletters, hasn’t it? Is it weird that I’m feeling kinda shy in reaching out to you? It seems  like we had a big crush on each other and after I expressed so much interest, I suddenly turned cold, then inexplicably appeared out of the blue.

Somehow, I explained my absence by telling you a crazy story like my dad was one of the head honchos in the Italian mafia and when the police finally caught up with him, my family had to go into the witness protection program and I had to lay low for a while.

But thankfully that didn’t happen. We all know my dad is Greek, and despite his rapidly dwindling health, he sucks at hiding the beer bottles and the cigarette butts that he fibs about drinking and smoking respectively.

If I ever did have to enter the witness protection program, it would be because my mum finally killed him, and given how easy he is to boss around these days, my identity is safe. For now at least.

My papa is my greatest teacher for he shows me time and time again about how we cannot want more for someone than what they want for themselves. We need to meet people where they’re at, not where WE want them to be. Don’t you think?

And speaking of extremes, while one of my parents is slowly losing his will to live, the other is as spritely as ever after celebrating her 73rd turn around the sun. She’s just joined Facebook and is learning how to use the internet. To say I’m beyond proud of her would be an understatement.

She’s getting a computer for Christmas as a way of honouring her with the continuing gift she gave me and continues to gift me with in so many ways with her belief in education.

Like most highly sensitive kids, I found mainstream education a horrible environment to traverse and when I announced that I’d be leaving school in Year 9, Gina Kikos took it in her stride by letting me know in no uncertain terms that this would only happen over her dead body.

I’m eternally grateful for her breaking the cycle of missed educational opportunities for girls in our family, and I’m delighted to return the favour. Her Greek name is ‘Dimitra’, in honour of the goddess of earth and fertility and she continues to teach me to be more grounded and less in my head, in addition to helping me clear ancestral karma by sharing knowledge, wisdom and life events about my extended family.

Actually, I don’t think I have the words. It kicked my butt, yet somehow I landed exactly where I’m meant to be and it’s a better place than where I was before. I’ve always been a great believer in the human capacity to hold the space for equal and opposite extremes, and for me, this year was no exception. If anything it was more like a precedent.

Have you ever heard stories about people having the best and worst years of their life all at once? Like they got married to the love of their life, but lost a parent. Or they moved into their dream home, but then lost their job. Or they got the promotion of their dreams, but miscarried their baby at 6 months. Or moved overseas to be with family, but then got divorced.

It’s like that scientific notion that states for each action, an equal and opposite reaction needs to occur.

Yep. I had one of those years myself. And the truth is, my experiences were nothing new or out of the ordinary. They weren’t unique to just me, if anything, they were very common in their intensity for many others, but what was wonderful and humbling in and among all of that, was that my bounce back rate was so much quicker than it had been in previous years.

While I don’t believe that a sense of healing or transformation needs to be rushed in any way, after all, our nervous system can only cope with so much change, I have noted the difference in being anchored to a strong community and rooted in spiritual practices that help us come back to a sense of alignment so much more quickly than we weren’t.

For the first time in a long time, there was an abundance of stores in my energy reserves, and when I needed them, there was enough gas in the tank to help me shift to where I needed to be. In Chinese Medicine, this is referred to as the bladder meridian – also known as Our Reservoir.

For the first time ever, I resonated with Aesop’s fable about the race between the tortoise and the hare that teaches us how ‘slow and steady’ ultimately wins the race. I finally understood how much I mismanaged my seemingly endless supply of energy and learned that this was fast becoming unsustainable. For the first time ever, I appreciated how much I could still get done by simply slowing down and learning to prioritise the things that were truly important.

I did this by being honest about how much energy I *really* had, how much energy the task would *really* take and how much vitality I’d *really* be left with. In a year that offered so many extremes, the only way I could thrive instead of barely survive, was to slow down and to do a little less.

Intuition is guiding me to take it easy and put some energy savings back in my tank instead of starting anything ‘new’ next year, for something wonderful has already landed..

Did I ever tell you about my passion to work with kids in out of home care placements and foster care? Well as of September this year, the stars aligned with a perfect opportunity to do this in a timely manner that fits in nicely with my private practice and celebrant business!

Professionally, I now traverse more intense contrasts. On one hand, I have clients who are deeply in love that want me to be their celebrant while they formalise their union with a ceremony. Their connection is brimming with hope about the future, a deliciousness in the still new-ness of their love and the unwavering belief that their future will be bright, irrespective of the bumps they will encounter along the way.

On the other hand, I see the opposite extreme as a social worker where intimate relationships have irretrievably disintegrated beyond a mere communication breakdown, and these couples can no longer be in the same room together, much less know the location of where the other lives. And my job is to ensure their kids are safe while they’re being looked after.

Even my writing skills have have needed an extreme makeover, as my casual style of blogging has not gone down well with reports that could potentially be used in court hearings. After having to re write so many initially, I’ve now gone the other extreme, and act like I’m part of the CSI Miami team.

Both personally and work wise, I cross paths with people who have started multi million dollar companies, are famous for their craft of writing or acting, or are well regarded in their field of expertise. Professionally, I also cross paths with individuals who are in prison or have just been released, or that have overdosed on heavy drugs or have mental health issues which in these latter instances, means they’re unlikely to ever regain custody of their children.

My point? That much like my vastly different parents, I feel a deep respect and privilege for the honour of being trusted and allowed to be part of their stories at the junction I meet them in on their life path. I may grapple with the basics of an Excel spreadsheet or struggle to assemble Ikea furniture, but when it comes to holding space for extreme emotions to transcend, it would appear that I’m your gal.

As 2018 draws to a close, I find myself in awe of what you, our community, have achieved as a collective over the course of a year. Mostly, I am in awe of our human nature’s unwavering capacity and desire to heal. I heard someone say once that there are 2 types of tired. One is when you require sleep, and the other is when you require peace. Which one are you feeling right now? I’m calling in peace.

My intuition is guiding me to observe my savings account. 2018 meant that I dipped into my ‘energy savings’ on more than one occasion, and even though it wasn’t a tangible or even public life event, experience has taught me that if I don’t put some energy into my savings, I’ll be completely depleted by February next year. Can you relate?

So this concludes the long winded story of my absence over the past 3 months and how I slowly became whole again. My friend Sue always jokes that she’d rather ask for forgiveness than permission and I guess I took a leaf out of her book.

Some days, it feels like both fire and water live within me as they chase and churn around each other. I like to think that by honouring the extremes within me, I allow them to bow down in reverence to one another when I wake up in the morning and set my energy for the day.

When I go to sleep at night, I take note of what I’m grateful for externally and proud of internally and once again, I honour the paradoxes that exist within me like the graceful boof head or the reluctant leader, before each extreme wishes each other sweet dreams.

For now, I will dash and will {finally end this newsletter} and this calendar year by sending you so much love. I look forward to our paths uniting in alignment, and I’ll be keeping you posted on all my exciting workshops and courses.

P.S. In honour of the upcoming Solstice this weekend and Christmas next week, by clicking the image below, you can receive over 50% off my chakra balance e-course to help you take the edge over the holidays. You can get it here also, if you like.