It’s better to start something than to do nothing

My heart is full of joy and gratitude as I commence my first work winter week knowing that we didn’t raise $500 for Randwick Children’s hospital.

It’s better to start something than to do nothing isn’t it? Raising money for charity is a great start!

I’ve never done my enneagram, but the amazing and talented folk who have glanced at my numerology + astrology, agree that my desire to be of service and to help others is paramount. My huge fear of commitment is another one – but that might be a blog post for another time..

My desire to become a social worker makes a lot of sense to me now and I feel blessed to have learned that I can only help to heal others if I look after myself first (adrenal fatigue and migraines – that was a dig aimed at you 2..)

I have a wonderful life and am surrounded by some incredible people who love, support and nurture me, but I still sometimes find myself feeling infuriated at the injustice of the world and helpless when it seems that I can’t do much about it. 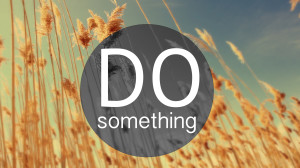 I wonder how the prime minister of Australia even got elected and why on earth his daughter received a scholarship to study fashion. Fashion. FASHION!!

I am appalled that the abducted Nigerian schoolgirls have yet to be returned home to their parents (would the press have covered this story sooner had it occurred in America?)

I am furious that 2 schoolgirls in India were gang raped then hung to die and livid that so many predators get away with sexually abusing young disadvantaged women.

I feel exasperated that America won’t change its gun laws despite the killing sprees have  murdered over 100 people and don’t get me started on the Syrian orphans that have no family – yet Australia won’t change its adoption laws.

My mind boggles at the attention Kate Middleton’s dress attire receives when she comes to this country, and outraged that people want her to be our queen when we don’t even know if she’s aware, much less has an opinion on the treatment of asylum seekers having their mouths sewn shut or the state of our beloved deteriorating barrier reef!

And while I still rage – after watching so many beautiful yogis commit to raising funds for a charity close to my own family’s heart last night – I am reminded that there is also so much good in the world.

That there are people who are willing to actually do something instead of passively whining about the plight of this world.

That there are yogis who will donate money and dedicate their practice to something or someone other than themselves.

That sometimes it’s better to start something than to do nothing at all but whine and complain. Amen.