At the end of my yoga classes, I sometimes invite my students to introduce themselves to the person next to them. This means that at times, many are meeting for the first time, at other times, they are interacting with people they already know. Sometimes they get to reunite after a long period of not seeing one another.

It’s always curious to watch or hear some of the same stories being told over and over. One recent interaction in particular had me overhear the same story that I’ve heard over the last few months. In many ways, I feel I could retell the story myself, as I’m so familiar with the script. The words haven’t really changed over time.

It reminds me of an experience I had when I was at a latin dance festival over a decade ago. After many hours of enthusiastic dancing, the heel of my shoe came off. I bemoaned my predicament to a friend and her Peruvian born mum who I was with at the time, and continued hobbling along.

What’s really interesting is bumping into my friend a few months later. By this stage, I’d completely forgotten about the incident, but her account of events was interesting, and hilarious.

“My mum and I watched you after first bumping into you and it was so funny see you re tell your story over and over again. It got to the stage where you weren’t close enough for us to hear what you were saying, but after a few times, we could pinpoint your actions almost to the second.

The initial greeting and hug of someone you knew. The moment where they’d ask how you were.  The bending down and inevitable inspection of your shoe. The sympathetic look and offers of advice from your friend. The hug goodbye. And then it would happen all over again when you’d bump into another person you knew. It was incredibly entertaining so we nicknamed you ‘la chica con taco’ (The Girl w The Heel)”.

I haven’t quite lived this experience down, as to this day; this is still the nickname they use to address me.

Through energy healing work, we often move through our story and eventually start to tell it from a different perspective.  Does our story empower us? Do we need sympathy? Do we need validation? Do we need to blame someone?

The words we use to tell our story when our pain is still fresh, are very different to the way our words unfold when we have found peace a little later on.

Our gift is often in the lesson(s) we get to learn, and this can be a variety of things such as trusting our instinct, learning to say no, practicing our boundaries, honoring our heart instead of succumbing to obligation.. the list is endless really. 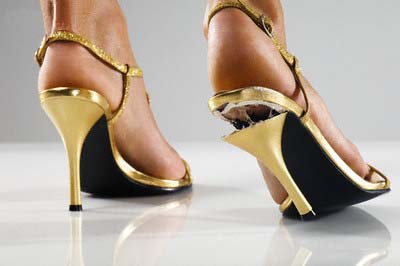 At times, the connection we establish with others can lead to an unequal dynamic. Many years ago, a man my client dated would often share the story of the horrendous sexual and physical abuse he suffered from his father.

It wasn’t long before she realised that their connection was mostly her feeling sorry for him and him needing sympathy from her. As a result, she would justify his behaviour by attributing to it being a reaction from his terrible past.

Except it got to the point where his ferocious temper and violence could no longer be justified, and she eventually left him.

One of my fellow yoga teacher colleagues shared a similar story in reference to his own past. His wisdom was expressed so beautifully when he said “I got to the point where I’d hear myself telling the same story over and over again, when I realised that the sympathy I’d receive, was no longer feeding the wound I once had.

The more I’d consciously change the story, the more I realised that the quality of people in my life would improve. I was no longer the guy that needed to connect to his past through pity, I was becoming the guy that had people around me I admired – and wanted to be like.”

How has the telling of your story changed over the years, or maybe over the last few weeks? Do you also carry a nickname from your past? If so, I’d love to hear it.