The powerful healing when your foundations are strong and your roots go deep.

There is powerful healing and repair when your foundations are strong and your roots go deep.

Last week I went to a funeral. My best friend from high school was grieving her dad who had recently passed away, and although it had been many years since I had crossed paths with him, the impact on my heart was very deep.

His daughter and I aren’t close in the same way we used to be, but our connection is just as deep. We’re still bound by the strong roots that pull us together during our raw conversations about things we both only discuss with our closest people.

In fact, it was something I was reflecting on during the service. The last time we were excited in a church was when I was a bridesmaid at her wedding. The time after that was at her son’s christening.

And the time we both sobbed in each other’s arms was last week. 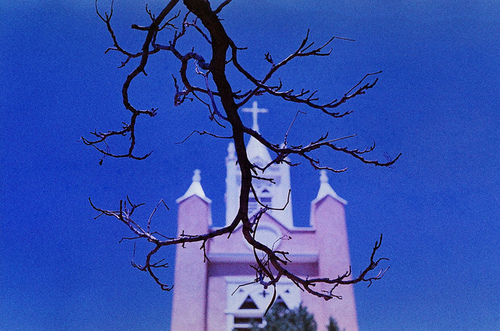 Over the years, I’ve noticed that in some ways, it’s the great sorrows that can bind you closer to your tribe than the triumphs in life.It’s during those times when we feel heavy hearted, that we most want to be surrounded by those that are closest to us.

The ones that know us so well, have seen us at our worst, are familiar with the shadow parts of our personality that we can truly be ourselves with, for it’s during these times that we simply don’t have the energy to pretend.

In this case, I felt so blessed to be able to reconnect with a community that had been so prolific in my life when I was younger.

My tribe. My chosen family.

My friends that have known me for the longest time and still choose to be friends with me today.

The same people that have seen me at my absolute worst and knew me before I decided to be my absolute best.

The crew that used to know all the intricate details of my life so well and still refer to me by nicknames that simply won’t make sense to anyone else.

If I were talking to my newer yoga or spiritual friends, I’d probably describe the situation by using jargon like my ‘base chakra’.

It’s these initial connections that form the foundation for so many of our other friendships and relationships and in some circumstances, it’s also one of the reasons that many people find it so difficult to break away from toxic relationships – because it’s hard to disconnect from our roots.

This is why recovering addicts are always encouraged to go and start a new life away from bad influences and destructive relationships.

But when these connections that formed the initial family (both blood related and chosen friends) support structure in your life, the ties that bind you can be stronger than the desire (or need) to disconnect.

A friend of mine who recovered from cocaine & alcohol addiction, and has been sober for the past 5 years, has told me how difficult it was for him to cut off his close school friends.

Not only did he delete his contacts, he still refuses to connect to any social media so that he’s not easily ‘found’ by any old acquaintances.

As harsh as it may sound for some, his intention was to cut dead wood from his life so that the people remaining would help him feel grounded, connected and drug free.

Over the years, I’ve had to say goodbye to some friendships that were not in my highest alignment, and I’m certain that other people have also felt the same way about me, but last week despite the sadness and the grief, I was also overwhelmed with gratitude for the healthy connections that have shaped my foundations.

And while the intricate details of each others lives aren’t as well known to each other anymore, it’s these nourished roots that allow us to cut through any superficial crap and be there for each other during times of need.