The raised intonation at the end of a sentence

One of the girls I’ve been mentoring for a while has recently launched a video of her new professional offering and asked for my feedback and testimonial.

Upon watching it, I instantly felt uncomfortable, for I knew that she’d want my honest feedback, and I could sense she was hoping that it would be positive.

And so I felt a little stuck because I’m not a very good liar and after having worked so closely with her in the last few years, I respected her enough to be honest with my appraisal, regardless of how much time, love and money she’d put in to launching her new video promo.

So I took a deep breath, spoke my truth from my heart and from a space of love and deep reverence, and in spite of how painful this was for her to hear, she took my feedback on like the champ she is.

A lot of the wisdom that was shared between us is something that comes up a lot for me in my therapy sessions with my clients so I thought it was fitting that I share it here as well.

First of all, women’s voices in a predominately masculine world have not traditionally been respected. This has ranged from corporate settings with phrases such as “I demand to speak to your boss!” to family homes where disempowered wives and mothers have cried “wait til your father gets home.”

And what about our female politicians? The women that represent us globally are the politicians who represent us. They range from Margaret Thatcher who was criticized for her ‘too posh’ accent, Julia Gillard whose authentic Australian twang found her on the receiving end of many cruel taunts. (From memory, I believe that former New Zealand PM was also treated in a similar disrespectful manner).

One of the key things that native speakers can tell with our Aussie brothers and sisters in terms of their accent is the raised intonation we seem to naturally have at the end of our sentences.

It’s the same tone you hear when someone asks a question, but for us antipodeans, it’s embedded deeply within our accents, sometimes making it confusing to tell whether we’ve asked a question or whether we’ve made a statement.

It’s a similar thing that can occurs when our throat chakra is out of balance and we feel pressured to respond to something that we are uncertain about. Comparably, it’s also interesting to look into why we might drastically change the way we speak and chronically altar our speech based on our audience.

Have you heard of Ruth Bader Ginsburg? There’s a phenomenal article about how linguists studied how her voice changed over the years from when she was a lawyer to when she became a Supreme Court Justice.

The article talks about a phenomenon known as ‘accommodation’ in linguistics. It’s a method of changing how one communicates depending on who one is speaking to and in Justice Ginsburg’s case, her strong New York accent slowly reappeared after many years. Why? One theory is:

“Justice Ginsburg no longer needs to worry about whether she seems threatening to the Court,” the linguists wrote in a paper explaining the theory. “She is the Court.”

My first foray into teaching was when I became a salsa dance instructor. It was a time when I discovered that not only did I not love performing, but I also unearthed my deep love, respect and reverence for the art of teaching. 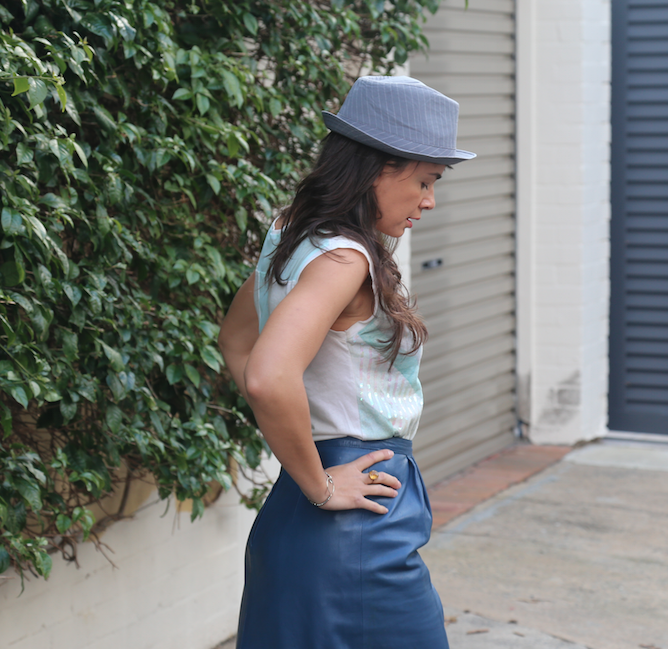 As an enthusiastic newbie who had a deep desire for her voice to be heard over the booming speakers that were blasting Latin sounds at the time, the noise that I managed to emanate was shrilling at best and a pipsqueak at worst.

My colleagues would chide me in a playful and loving way because they considered it to be rather cute and endearing, but after a while, I observed that not only would I go home with a sore throat every time I’d teach 2 classes back to back, I also noticed that I’d feel energetically depleted.

Cue several voice coaching lessons followed by a whole heap of new techniques later, I was suddenly using my low nodes instead of the high ones, and was well on my way to teaching packed out workshops and speaking gigs.

As a guest at a wedding, I cant help but notice that I respond to male celebrants much more differently than to their female counterparts.

When I became a celebrant, at first I tried to emulate a similar deep booing voice, but going against the grain of my natural personality just wasn’t gong to fly, so I had to learn to utilise my personality if I was going to hold the space.

Copying someone that had a completely different tone of voice and energy to me was just not going to cut it., and most guests think I’m the singer when I get there anyway.

Many of my clients are actors who head to the US for auditions opportunities known as ‘pilot season’. I do a lot of work with them beforehand to prepare them for the emotionally grueling time, and sometimes work with them once they come back in order to help them heal from such an intense time.

No matter how smooth their newly formed American accent is, can you guess what the tell tale sign that often gives them away as being an Aussie?

Yep. The raised intonation at the end of a sentence. (Apparently it drives producers crazy!)