The Rise In Community Consciousness

Wow – it’s already a month til Summer Solstice! This year has definitely moved quicker than any other so far.. well for me it has anyway.

I just got back from Queensland where I met some wonderful people at my friend Sarah’s yoga studio in Gatton. It’s the 2nd time that I’ve had the privilege of having my work so well received with sold out 1:1 sessions, workshops and trainings over the last 4 days.

The life of a traveling Yogi and Healer has the potential to be isolating, but that’s not the case when your vibe attracts such a magical tribe. In a short space of time we all traversed such profound and palpable healing shifts, that a deep bond then becomes inevitable among such great friends, and for that, I’m beyond grateful. 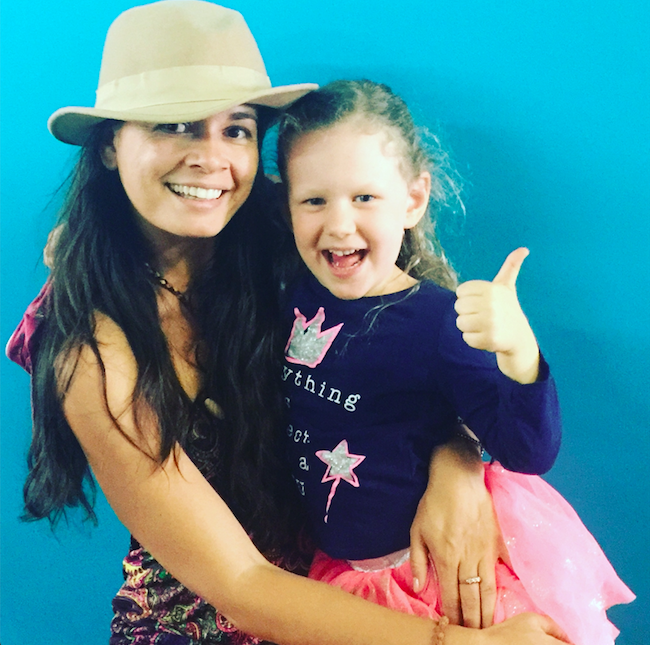 This is her daughter Lacey – my fashion spirit animal. A sweet soul who was born on an Eclipse and whose smile lights up any room. We share similar predispositions towards impromptu dancing in the supermarket, as well as not succumbing to society’s pressure to choose a favorite colour. Lacey loves the rainbow and I love all chakra colours.

For the longest time ever, I never really felt like I had that soulful community tribal connection, or at least not when I was growing up. Like many of my students and clients have shared with me since, I also felt like the stork had dropped me off to a community that had the complete opposite values of felt true in my own heart.

I was discussing this with a friend over dinner the other night who shared a similar feeling. For him, coming from a family that held a strong Jewish faith meant that he felt very pressured to ‘do the right thing and marry a good Jewish girl’ when he was in his mid 20’s.

Although he and his wife cherish their girls, their relationship was doomed and ultimately ended, as together, they never really had a chance to explore their individual growth away from external cultural pressures.

I’m familiar with this concept from my own upbringing. We were dissuaded from having a romantic relationship outside of our own culture and certainly not unless we intended to get married – and that’s not even that long ago!

How times have changed – and how they’ve needed to – especially with reference to Australia *finally* voting in favour of marriage equality. Although Parliament still has to pass Australia’s unequivocal mandate for equality into law, I hope to see a timely vote on a fair and simple bill, this year.

This has been something I’ve been advocating for for the past 13 years since becoming a wedding celebrant. Even though it doesn’t directly affect me as a heterosexual woman, the fact that it negatively impacts so many people that I share citizenship with, especially those that become my clients, means that it’s my duty to advocate on their behalf.

Similarly, I may not understand the direct impact of the racism experienced by an African American woman in the USA, but the fact that such pain is inflicted on a human’s psyche that I share a planet with, means that somewhere along the line, that pain will have repercussions on my own consciousness.

Hurt people, hurt people. I understand this. I know what my parents went through when they immigrated here in the 60’s and to a lesser extent, I experienced a level of racism myself as I journeyed through school during the more aware but still less tolerant 80’s and 90’s.

Fast forward to what will soon be 2018, and I’m noticing that we are all gravitating towards many different tribes in a more conscious and considered manner. The families we inherited have taught us many lessons that mean we can now be of service now that we’ve healed and recovered from the teachings of our karmic debts.

Aside from my 1:1 sessions, my yoga and healing work is morphing into spaces that are deeper than just a one off class or workshop. I yearn to provide a container that holds a powerful space for transformation.

It’s why I’m beyond thrilled to be hosting another retreat from 16 – 18 February next year. The EARLY BIRD price ends soon so get in quick so that you can secure your place for a soulful rest and a conscious shedding of what no longer serves you. I’d absolutely LOVE it if you joined me!

But til we meet gain, I hope you have a magical week!