Triggers. We all have them. Whether they stem from a new relationship, a certain food, a distinct smell, a conversation, or even a TV program, they exist to show us that we may still have some healing to do in our lives. Do you know what triggers you?

Our emotional wellbeing plays a huge role in determining the state of our mental health, the decisions we make about our lives, the food we crave, the relationships we manifest, what we choose to study, where / if we choose to work, who we surround ourselves with and whether we surrender to our addictions.

A friend recently talked about the clarity he had about his childhood through the connections he’d established with his former girlfriends. His reluctance to commit to a woman and then the subsequent resistance to be part of a normal relationship stemmed from the fact that there was in fact nothing ‘normal’ about his upbringing.

The patterns that had developed in his life were based on abuse, fear and physical violence. Despite his resolve to heal, his dedication to therapy and his commitment to his wellbeing, he realised that part of the ongoing healing lies in being able to cope with life’s inevitable triggers. 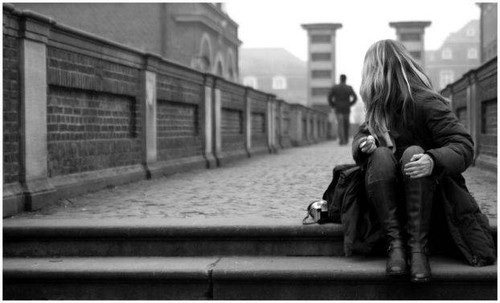 One of my yoga teachers often says, the highest form of yoga is being in a relationship. Learning to communicate effectively, mastering the art of compromise and embracing the different stages of love that a relationship has, is all part of being with someone.

The dynamics that exist in our more complex relationships are what provide the material for our greatest life lessons and subsequent healing. In my 1:1 balance sessions, I’ve noticed that it’s these very triggers that throw our world into chaos and often make us feel as though we’re stuck in life.

It’s the desire to move past this sensation of being in a rut that opens the door for us to heal and re create positive life patterns. The power of kinesiology lies in being able to determine the original time for this sensation, which gives us a clue as to why we might be predisposed to repeating this pattern.

Ask any woman trying to fall pregnant what its like to receive news that another one of your friends is expectant. It’s tough to try and be happy when in reality, you’re fighting your own disappointment. It’s similar when your friends are married and you wind up flying solo as the odd number on a couple’s only table. I suppose the only thing worse would be getting lumped at the kiddy’s table..

A few years back, I laughed hysterically when I watched a movie called ‘The Break Up’ with Vince Vaughn and Jennifer Aniston and was bewildered when one of my friends didn’t find it funny. “That’s because it wasn’t your horrible life being acted out on the big screen”, she’d countered at the time.

I suppose had I watched Bridget Jones after my own life experience that had been eerily similar at the time, I may have reacted the same way… What about you? What has triggered you most recently? I’d love to hear..