I find family dynamics inherently fascinating as they come up A LOT in all aspects of my working life. From clearing inherited patterns with my yoga and kinesiology clients, to managing tricky relationships on emotional wedding days as a celebrant..

Ever been around a bride or groom’ mum who has it in for her ex husband’s new wife? Or a dad that felt scorned and insisted he sign the legal paperwork, even though the 2 chosen witnesses had just finished doing so? Or a sibling who was already rip roaring drunk before the guests arrived, and then got violent when they were asked to step down from being part of the wedding party?

Those wedding scenarios aside, I still feel that holding the space for other people is relatively easy as an outsider and neutral entity, but when you’re in the thick of awkward moments, it can be one of the most horrifyingly lonely occurrences you’ll ever come to experience. 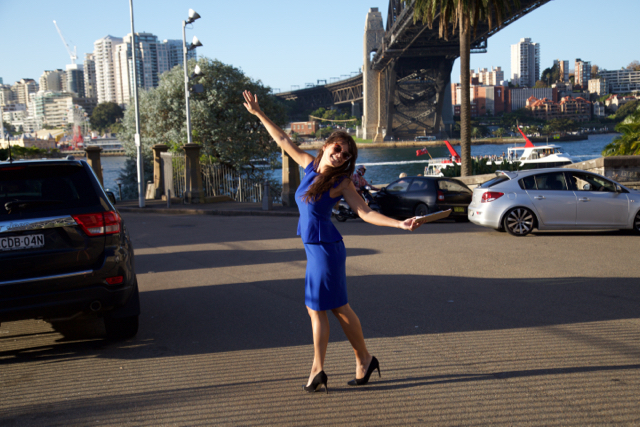 For me personally, I feel grateful that those painful moments and tricky transitions are behind me now as it means that family get togethers are so much more fun and relaxed, for now anyway.

New additions to the family can certainly bring changes to family dynamics, and while some of them are seamless and easy, when karmic contracts still need to be fulfilled and stages of development are still in transition mode, they can be tough.

One of the biggest hurdles to get over is when you’re sharing your time and space with people who have intrinsically different values to you. Sometimes it’s as basic as debating whether the vegemite should be put in the fridge, or if it’s home is in the cupboard.

But when someone holds such strong and uncompromising beliefs that invariably make you and your actions wrong, that’s when you’re in conflict mode, and that’swhen different communication patterns and styles come out to play.

When we think about this by categorising Archetypes, we can come up with so many different human prototypes such as The Leader, The Teacher, The Pioneer, The Seeker, The Nurturer etc.. But the complexity of human characteristics ensure that we are not one dimensional, so in addition to the positive qualities, we can also embody The Bully, The Addict, The Victim, The Martyr or The Actor to name a few.

Sometimes we interchange roles depending on where we are and what we’re doing. I know I was always so much younger than most of my family and in my younger years would often feel left out and excluded from all the fun stuff I was never allowed to do or was never old enough to hear.

Maybe that’s why I’ve chosen to be so connected with people in my professional life. I know how painful it can be to not feel heard, and I can certainly remember what a tricky journey it was for me to find my voice in a family of loud extroverts. (Oh by the way, there are only 8 spots left in my Speak Your Truth workshop on 29 May – EARLY BIRD ends in 2 weeks, so if this is something you’re working on, you can book in over this way.)

And speaking of loud extroverts, I was having lunch with my family the other day and my brother was recounting an experience when he inadvertently dropped the ‘F Bomb’ to illustrate his point. No biggie, right?

Except that his 2 and a half year old twins got wind of it and without missing a beat started clapping and mimicking him repeatedly. My mum and sister in law (The 2 Scorpios) were absolutely horrified and my dad and I (The 2 Pisceans) were trying to stifle our laughter.

To be honest I was secretly relieved that it wasn’t me sporting my brother’s ‘deer in the headlights’ look, as my stories are just as animated and as colourfully expressed as his are..

So in a feeble attempt to back peddle, he came up with “Papa said FAR OUT! Lets all say FAR OUT together“. His daughter who was sitting on my lap at the time was no fool. “No you DIDN’T!” she cried.

I thought it was a brave attempt to pull the wool over the eyes of a kid who cold recite the alphabet and count to 40 at 2, not to mention quick thinking.. I wonder what her archetype will be. She’d make an awesome lawyer!

Til next time, I’m sending you some special ‘F Bombs’ by wishing you a FABULOUS FUN FUELLED week!