I’ve noticed how busy many of our lives already are so it astounds me that we become even busier in the lead up to Christmas and New Year. It’s a toss up between rest vs party.

Many of us scramble to make time to catch up with people before the New Year and recently I’ve been wondering why, after all, we’re not going anywhere to die (although the way some of my friends consume alcohol, I’m sure their liver would say otherwise). Major catastrophes aside, we’ll all still be here in the New Year.

Sarah Wilson said something really interesting on her blog the other week. “Resting is not just putting our feet up on the couch when we collapse in a heap, exhausted. Resting is a responsible way of living. Resting is about consciously setting aside pockets of time ON A REGULAR BASIS – AS IN, DAILY – to unfurl and be quiet”.

I had a similar discussion with a friend who visited Melbourne the other weekend. I asked whether he was planning to catch up with his old friends and flatmates and without hesitation, he simply said “Nope”. When I probed further he explained that every time he had planned to see a number of people in a short period of time, his getaway stopped being fun. All of a sudden he had to switch to ‘work mode’ in order to figure out how he was going to fit seeing everyone in and have fun at the same time. He realised that over planning and overcommitting himself defeated the purpose of having a break from his usual work routine. 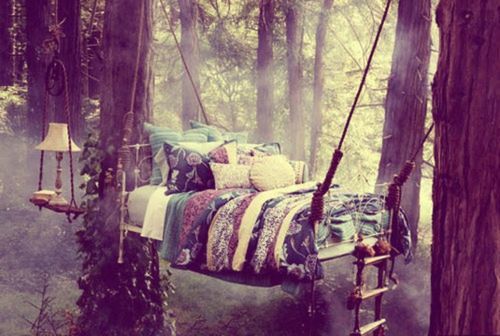 It got me thinking to the way most of us live our lives in Sydney. We are often rushed and time poor and admittedly some us thrive in this environment. When I spoke to another friend about her jam packed social life she had a completely different point of view that was just as valid.

“Are you kidding? I LOVE this time of year – it’s literally the only time I get to go out and socialise. The majority of the year is full of many of my work and family commitments, but the end of the year signals endless Christmas party invitations, longer days due to daylight saving and above all a sense of hope and excitement in the air. Irrespective of how long my new years resolutions last, this is the time of year when it feels as though old habits are dying and new ones are forming”.

She has a fair point. There IS something exciting in the air, its undeniable. Its also hard not to get swept up in all the exhilaration. It’s the only time of the year when I can tolerate a Mariah Carey’s Xmas Carol medley for 5 minutes without wanting to kill someone.

So what will YOU be doing for the New Year break? I’ll be looking after beloved pets as I housesit near the beach with NO laptop and Internet access. I’m also wondering if the Universe is trying to convey a message to me as the auto correct on my IPhone keeps changing ‘Patty’ to ‘Party’…How will you spend your break?