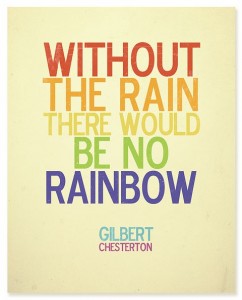 My yoga and healing training has taught me that overcoming a trauma, or a period of deep sadness changes the chemistry in our brain, which in turn affects our personality and our way of life.

Often when we recover, there can be a part of us that will never be able to sparkle in the same way again. A friend of mine used to call this the process of ageing and simply being more jaded about life. I can relate. Being as sensitive as I am, I have sometimes found it difficult to overcome disappointments, or pick myself up yet again after I have fallen.

It’s what I often tell my reiki and kinesiology clients when we are working on the blocks that need to be shifted. Sometimes its just about tweaking the way we see things, and managing a different response to our triggers so that eventually, they don’t yield the same power over us.

A client had recently told me of her yearning to be closer to her mum who never called her. What we ended up uncovering was that her mum actually e mails her up to 3 -5 times a week.

Sometimes we are so caught up in how we yearn to connect, that we overlook the way in which others are actually reaching out to us. In this case, her mum comes from a practical and intellectual viewpoint instead of the loving and nurturing perspective that my client stems from.

A close friend of mine has parents that come from a Southern European background and aren’t native English speakers. Much of his conversation with his own mum is based around his primary needs being met.

Had he eaten? When? Who cooked it? Was he tired? Had he slept enough? Was work stressful?

Despite the fact that these topics can be part of an occasional conversation, the way in which his mum connected to him was by offering to connect with his basic survival needs, instead of engaging in a more intellectual manner.

When I quizzed him about this recently, he went on to say that this was something that he simply had to make peace with. “I’m never going to be able to talk to my folks about my favourite author/writer/poet or actor that inspires me nor will they understand how a particular book has changed my life.”

“The connection I have with them simply isn’t intellectual. I’ve accepted that this is the way they’re able to connect with me, so I meet them on this level with my heart. This way, I don’t get upset when they’re not up to speed with the latest technology, and they feel validated when I appreciate the effort they make to show their love”

Tony D Clark wrote an article called ‘Perception is Reality’. In the article, he encouraged the reader to take a minute to scan their surroundings. After doing this for a few minutes, we were then encouraged to try to view our surroundings from the point of the object. Some people can do this with no effort, and for others, it takes some concentration. Depending on how adept we are at focusing our concentration, some of us were able to notice a slight shift in our perception – a weird jump in realty, where you are suddenly viewing the world from a different perspective.

He goes on to say: “Change your Story, change your perception, change your life. We all get caught up in our stories. Most of us think we are our stories. It’s when those stories take on a life of their own, and that life isn’t the one we want, that things start to suck”.

“Think about the story you’re living right now. Who wrote it? Did you consciously decide to create the reality you’re living now, or was it mainly shaped by your parents, friends, spouse, school, or the media? If you don’t like the story your living, then change the perception”. 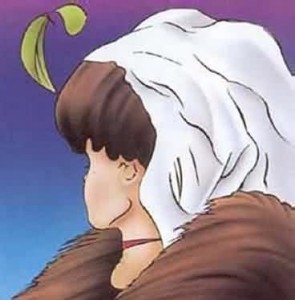 Things aren’t always what they seem. The advertising industry makes billions of dollars a year by creating optical illusions, or by manipulating the language of persuasion to get you to think you really need this, or you will feel like this if you buy that…

Artists can also do this. Look at the image to the right. Do you see an old lady or a young woman?

The idea is that our perception does influence our reality, and in the event that our reality is making us unhappy, our perspective could do with a little tweak. I notice this often when I’m practicing or teaching yoga. There are times when certain postures feel uncomfortable or even impossible and as famous yogini and co founder of the Jivamukti Yoga Method, Sharon Gannon says, “Magic is simply a shift in our perception”