The essential relationship between resistance and discipline

In recent weeks I’ve discovered that the relationship between resistance and discipline has quite a close connection.

By nature, I’m a real fly-by-the-seat-of-my-pants kinda gal, but as a business owner, that whimsical tendency just aint going to cut the mustard, or pay my bills..

So over the years, I’ve cultivated a deep reverence, respect and honest relationship with my buddy ‘discipline’. 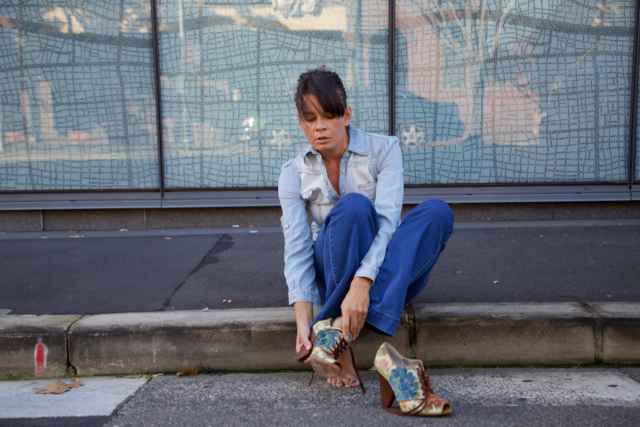 It’s a connection to the masculine side of my personality, and on the odd occasion, he has kicked my arse, dominated my life, but ultimately taught me that having him dictate my entire life is just not sustainable.

How do I know this? Because I’ve had an adrenal burnout and I used to suffer chronically from migraines. And so that intense boundary-less, disconnected from my heart, go-go-go energy needed to learn how to stop.

And would you believe that switch I’d been searching for, for so many years was actually in my heart all along?

Without getting all Dorothy-from-the-wizard-of-Oz on you, I realised that upon reflection, the signs had always been there, I’d just been too disconnected and focused on the next thing to bother noticing.

And I mention this, because one way that my soul gets my attention when something in my disciplined routine is set to change, needs to change, or when I need to get out of my own way for something bigger to land, is when I start to feel resistance.

And resistance is a cheeky little bugger, because it can often show up like a petulant child who just couldn’t be bothered doing their chores.

It’s exactly how it shows up for me.

And when this happens, I have to sit quietly and REALY tune in to it because if I really listen, and I mean really really listen, I’m able to distinguish between whether I’m just having a lazy moment, or whether something massive is about to happen.

My recent feeling of resistance was so big that I had to have a kinesiology session in order to come face to face with my greatest fear, and when I got muscle tested for the original time, it turned out to be something

Cultivating a sense of discipline has allowed me to connect to an energy that has helped me reach many of my goals, as well as clear many of my blocks.

As a yogini, my discipline (sadhana) helped me to physically transition towards my then goal of advanced asana postures, as well as transcend my monkey mind blocks through a cultivated meditation practice.

As a business owner, my discipline helped me move past any debt or poverty conscious blocks and subsequently achieve my goal for a profitable turnover each month.

And here’s where my theory starts to take form and get a little interesting, because discipline, ultimately becomes a habit.

And habits can sometimes become mindless tasks that we transition through subconsciously without being fully present and connected to what we’re doing.

Because sometimes the goals we’re striving to reach have been accomplished and there comes a time when the blocks we’re looking to clear become an issue that we once grappled with in the past.

Many years ago during my dance performance days, I’d look forward to my weekly rehearsals and weekly training sessions. After a few years, I’d find myself dragging myself to those very same classes as my enthusiasm had waned, and my motivation had all but dried up.

All of a sudden, I kept feeling disappointed at the events I was ‘missing out on’, when previously, those invitations hadn’t even been on my radar.

When I think about it, that scenario has played out many times in my life with different relationship dynamics and various work environments. It’s why I moved out of the social work realm and several years ago, it’s also why I stepped away from teaching public yoga classes.

Other parts of my business were calling me away. I had to listen. And a few years later, it’s happening again and I’m so grateful for having the hindsight to know that this is ok, in fact, it’s a natural part of growth. 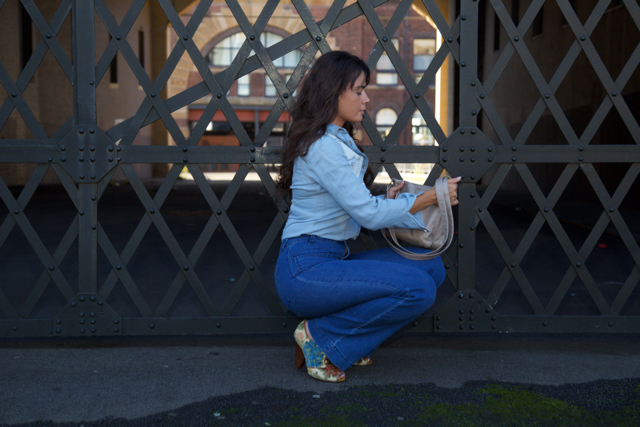 The masculine and feminine way of looking at things teaches me a lot.  One is rigid and unforgiving. The other is compassionate and encouraging.

What did the eloquent Anaïs Nin say?

“I’m restless. Things are calling me away. My hair is being pulled by the stars again.”

The discipline that usually comforts me is leaving me feeling empty. Listless.

My secret quirky habits that usually act as a portal opening for new adventures leave me feeling like uninspired. Disconnected.

It’s happening again – but I have the benefit of hindsight this time because this has happened before, so this no longer freaks me out.

I’ve come to realize that it’s my soul talking to me.

It’s telling me that I’ve outgrown some patterns. Including the behaviors that I find comforting and that I’m quite attached to  as they’re no longer part of my highest alignment or current journey.

And unless I get that uneasy feeling that just cannot be ignored, there’ll be no impetus to change.

So I’m learning to listen to that resistance that seems to have made such a dramatic appearance.

It’s not so bad. It’s merely telling me that I’m about to embark on a new flow.

It’s nice to know I can finally trust it.