Do space invaders ever encroach your world? 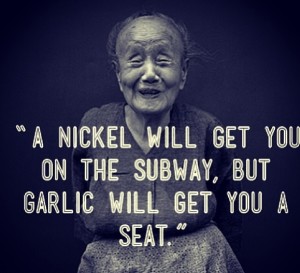 Personal Space is sacred. Not exactly a life changing revelation I know. Just ask anyone that commutes to work on a crowded bus everyday. I work from home as a healer and a celebrant so my work space is confined to one area of the apartment that I try to keep separate from the rest.

Except when my laptop is on my lap while I’m sitting on the coach. Or when I’m drinking tea on the balcony. Or when I take it to the beach, or to a friend’s house. That’s different. That’s a conscious expansion of my creative space.

Or so I tell myself.

Last week, one of my kundalini yoga classes was particularly full and during the more physical exercises, many limbs would overlap across different mats. For the most part, most of my students were good-natured about it and would laugh when a foreign person invaded their territory.

Except for one particular student. I’ve seen this reaction from him on several occasions. He often makes it a point to get to class nice and early and set himself up exactly where he’d like to be, and on the few occasions when he might need to move himself a little to the left or right in order to accommodate someone else, he’s usually reluctant to do so.

And during this particular class, when he was already having a bad day, he made it a point to complain about his ‘space being invaded’. As I listened to his woes, I was kind, but generally unsympathetic. “If this happens again and it upsets you, you’re going to have to take responsibility for yourself and simply move your mat,” I had said.

It sounds simple enough right? I find myself wondering whether this sage piece of advice can be applied in all kinds of different contexts as I almost choked on my words the following day. Literally. 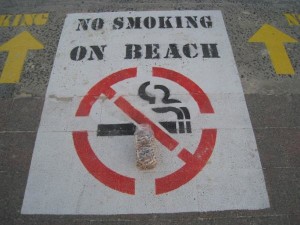 A trip to the beach had resulted in me drying off on my towel after having a quick swim, when suddenly, I found myself coughing and spluttering. As I opened my eyes and looked around, I noticed that someone near me had just lit a cigarette.

At Bronte, great big signs warn that smoking is prohibited and I looked around for them indignantly. I figured they could add weight to my argument should I need to gesticulate when I made my point. Sure enough, similarly to my student the day before, I marched myself over and asked her to put her cigarette out.

She calmly affirmed that she had no intention of doing so and suggested that I move my towel elsewhere since I found the smoking so offensive.

And I stopped dead in my tracks.

For 5 – 10 whole seconds so many poignant images circled furiously in my mind. One of them was my own matter of fact way of dealing with a similar ‘space invader’ when I gave my no nonsense advice the day before. The other was of Avon Barksdale. He’s the head gangster in the television series I’m currently watching called ‘The Wire’ which chronicles the interactions between Baltimore Police and Drug Dealers. His way of dealing with people encroaching on his prized street corners is.. well.. rather violent.

Our angels don’t always distribute their messages via our friends that are considerate and mindful in their delivery. Sometimes profound moments come via little shits who give us an opportunity to step up and take responsibility for our own happiness.

And while I looked at her dumbfounded, I nodded. As I stumbled across the sand searching for new real estate to rent temporarily, I found myself processing this light bulb moment.

And as I basked in the sun, I also basked in the glory of being away from all the drama that ensued when a fresh bunch of people were less obliging than I had been when I had confronted her. The Universe really does have a way of looking after us when we take responsibility for ourselves.