For most of us women that live in a western world we have been told that we have equal rights to men. Women can be doctors, lawyers, and company directors; in fact we even had a female Prime Minister, but is a 50 / 50 split always equal?

One of my 1:1 balance clients had been self-employed for many years and when he first started dating his partner, there was an assumption made by both that all costs would be split down the middle. Except that his salary was less than half of hers.

He tells me that it took a year of dating before he realised that his ego had not allowed him to voice the fact that he simply was not able to keep up with her more expensive lifestyle. His interpretation of what her expectations were of him, were based on the fact that he simply never shared the reality of his finances with her. 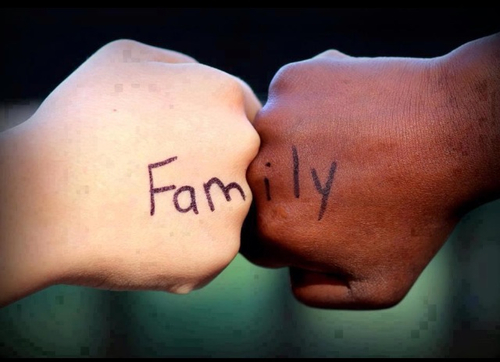 Through our sessions, we explored further and discovered that their lifestyles were also very different when they were both single. He is a Pilates instructor with a modest income and a minimalist lifestyle.  She is a Corporate Executive with a 6-figure salary and a vast disposable income.

When we first met up for our initial session, the issues that had come up for him to clear were around being under valued and un appreciated by his partner. As our sessions progressed it turned out that he was not honoring his own personal values.

The issue wasn’t necessarily his reluctance to split the bills 50 / 50. It was more about asserting his values and making it clear that he was happy to split costs equally, but not at the expense (pardon the pun) of his personal values. In this case, is a 50/50 split equal?

He says, “Going halves on the rent is no problem if she had been happy to stay in my beautiful home in Annandale, but deciding to move to a more exclusive suburb means that the amount I’d have to contribute would be greater than what I’m paying now. If this was the only increase, I would have been happy to oblige. It’s just that her whole lifestyle was more lavish than mine. Things like monthly getaways, weekly dinners and drinks, costly restaurants and bars, high-priced clothing and bi annual holidays staying at world class resorts almost sent me bankrupt.”

In hindsight its very clear to him that the problem wasn’t necessarily their different tastes in lifestyle but his lack of communication about how he felt about it all.

My client was challenged on a number of levels. In hindsight, he freely admits to being confronted by his ego and feeling that it should be easy enough for him to keep up with his woman whose salary surpassed his own, as did her academic achievements. Except it wasn’t.

The example above happens to be slightly more complex than the one that has been pertinent for some of my female friends in the last few years. Many of my girlfriends have also experienced a tough time dating a partner whose salary is greater than theirs. In fact most have experienced similar issues to the ones my client outlined above, but because of the social ‘norms’ around men paying for women, the problem seems to be rectified a little differently.

“The issue of money was a touchy subject for my partner”, said a friend recently, “his ex wife was quite overt in claiming what she thought was rightfully hers, and this had left him feeling used.” She went on to say that she too experienced feelings of shame when she was not able to ‘keep up’ by splitting the costs equally, especially as her salary was considerably less than his.

The beauty of kinesiology is that it not only uncovers tremendous blocks that are ready to shift, in many cases like this example, it makes way for disempowering situations to be resolved.  The 50 / 50 split tends to be addressed with domestic chores as well. Another of my clients discussed this with me recently.

Prior to meeting her partner, she never had a need for a cleaner, nor did she feel burdened by doing housework. Upon moving in with him, she discovered his aversion to cleaning and cooking was putting a strain on their relationship as the sudden mess in her life meant that her chores had literally doubled.

The 50 / 50 split about things like cooking and cleaning is not necessarily equal when the other has a different standard to you. Is it fair to ask someone that is inclined to be messy yet normally happy to pay for a cleaner to step up to your fussy standards of cleanliness should you not want a cleaner? In this case, is a 50/50 split equal? This was her dilemma.

“In previous relationships, I was always intent on things being split down the middle, but now I realise that this is not a fair concept. For a long time I kept focusing on what my partner doesn’t do around the house, and it’s only recently that I’ve started to appreciate the things he does”.

“He might be messy and lazy when it comes to housework, but he takes initiative in other areas in life where I don’t necessarily.  I realised that I was being petty by focusing on what he didn’t do when in fact the things he does do like spend time with my family are incredibly generous and important to me.”

How do you feel equal in your relationship?  What works for both of you so that you are both empowered? I’d love to hear.