Are you a highly sensitive person? Does the idea of networking send your nervous system into a tailspin. Last Friday I went along to the 9toThrive event that was organised by Emma Isaacs, the founder of Business Chicks.

I’ve been in the same industry(ies) for a decade now, so I’m blessed to have either trained with, trained under or lectured to many of my contemporaries. Most of them are my friends or dear acquaintances who have either moved on to bigger and better things, are rocking their niche, or have left the industry altogether. 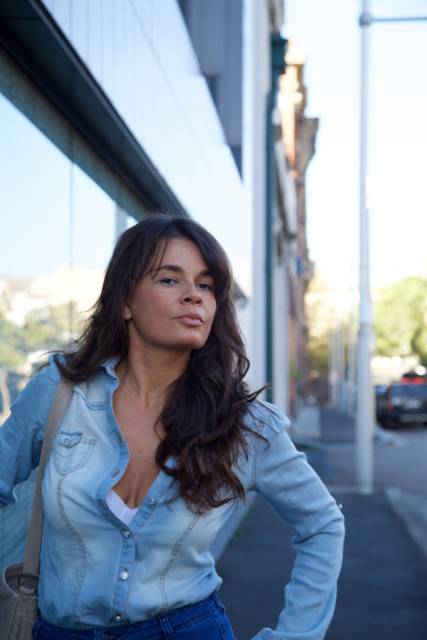 After a decade of being (what I consider to be) a veteran, it means that I have the incredible honour and privilege of knowing many of the personal stories that go on behind the scenes. I guess this is my way of saying that at this stage of my career, I don’t tend to be as swept up by the smoke and mirrors of people’s well-curated Instagram posts.

A friend of mine who is a successful business coach recently suggested that had I been a little more forthcoming in ‘putting-myself-out-there’ and taken advantage of ‘networking opportunities’, I may have avoided the period of pushing shit uphill unnecessarily during my self employed tenure.

Her well-meaning assessment summed it up by suggesting something along the lines of “Had you networked a little more, you could have been where you’re at now a few years ago.”

I’m not sure I agree completely.

Networking my asana off a few years ago was the last thing on my mind, in many ways, it still is, mainly because I’m a firm believer that going against the grain of your personality means that you’re out of alignment with your personal values.

It also means that you’re less likely to find yourself in the right environments that will attract the people that you resonate most with.

In fact, networking has never officially been my thing for a few reasons:

Here are a few more points for you to consider:

Are you going to the right place for the right reasons?

If you’re using phrases such as “I probably should..” or “I have to be seen at these types of functions..”, then chances are that you’re trying to force a flow that goes against the grain of your personality.

I’ve mentioned the concept of connecting with your tribe using the principle of a third a third a third before, in the sense that one third of the world will feel connected to you immediately, the second third will be indifferent and the last third will never resonate with your values.

Ever walked away feeling zapped because of a tough crowd? If you’re not discerning with who you choose to connect with, this could mean that you’re plugging into a group of people that are not only aligned with your own vision and beliefs, but will also be difficult to build a genuine rapport with.

There’s safety in numbers. Find your wolf pack so that your people have your back, and you in turn have theirs.

Know your poison.. and its antidote

Many highly sensitive people also tend to be introverted in addition to feeling anxious before most social interactions, so the pre event preparation and the post event disconnection is vital.

Taking the time to get ready without feeling rushed is very helpful, primarily so that you don’t increase the level of stress hormones in your nervous system. For many of my clients, this often translates to arriving a little later and leaving a little earlier, although this isn’t always possible.

For me, it’s air conditioning and being hungry. Both lead to me feeling dehydrated which then evolve into headaches that then turn into migraines. It’s painful, overwhelming and bloody annoying. It’s why I carry extra vitamins essential oils, and I make sure I’ve prepared myself beforehand.

For a friend of mine who has suddenly discovered her gluten intolerance, it means carrying snacks with her so that she doesn’t find herself in a position where she has to eat what’s on offer, only to be ill for days afterwards.

Remember the story about the hare and the tortoise?

That’s right baby – it was the hare that went slow and steady the whole time that ultimately won the race. As a yoga student, I would attend a teacher’s classes before I signed up to train with them.

In the words of my buddy Johnny Mac who is by nature, an outrageous flirt with the ladies (that’s a polite description), “Even I wanna be kissed first before you take my clothes off”.

Get to know someone first. Take your time. Remember that the quality of your connection will always trump the quantity of times that may have been lackluster.

During live events, often months, sometimes weeks would go by before I would get a chance to have a conversation with someone I felt drawn to, even if it meant that I’d already seen them at certain functions.

Whatever is meant for you, will never go by you, and for the highly sensitive person, being comfortable is key. There’s something to be said about waiting for the right time to connect authentically instead of rushing over to have a half hearted conversation amidst a crowded room.

Once you leave, have you physically disconnected from everyone’s aura?

Before you leave, my advice is to always ensure you have an exit plan. Come to think of it, I also have an accountability plan to get there.

And as for your exit plan – always have one. Sometimes when the going gets tough, the tough needs to get going. Life is too short to feel like you ‘have’ to finish reading a book or watching a movie simply because you started it.

It’s the same with your precious time. If a person or an event makes you feel uncomfortable and isn’t resonating with where you’re at, you are under absolutely no obligation to stay. Life is just too freaking short to succumb to obligation that drains you.

Because of the tactile nature of my work as a therapist and yoga teacher, I’ve been taught about the importance of washing my hands after every client I see and this is something that I do every time I come home as well.

My friend Bec Caines from The Daily Guru and I discussed the importance of disconnecting from other people’s aura during our ‘chakra chat’. You can listen to our tips right here.