Almost everyone I know has one, if not several. I’m referring to that person in your life that rants incessantly AT you and talks exclusively about themselves. It’s either uncle Barry that sometimes shows up around Christmas and gets made fun of for years afterwards, or aunty Meryl who everyone avoids at any social gathering.

Sometimes it’s our own flesh and blood in the form of a sibling, parent, offspring or grandparent, whose calls we screen as we brace ourselves for the barrage of narcisstic incessant rambling of themselves that inevitably follows.

It could be a colleague, associate, or friend that was once dear to us, or even a partner who is going through a tough time at work, yet you’ve heard the story SO MANY times that if they bring it up again, the request for silence sounds unswervingly like a threat resulting in serious bodily harm.

One of the benefits of getting older, means that there are less people with that inclination in my life, and the few that remain are harmless as I hardly ever see them.

But it wasn’t always this way for me.

It took years of family dysfunction, subsequent badly aligned relationships and years of therapy to be able to find my voice. And then possibly the same number of years to learn how to actually use it effectively!

About a year ago, when Prince Harry married Meghan Markle, I remember watching their televised union, (you know, because my social life is so rampant these days.) In my admittedly weak defence, I was drawn to their wedding ceremony because part of how I get paid to hold the space professionally, is as a wedding celebrant. 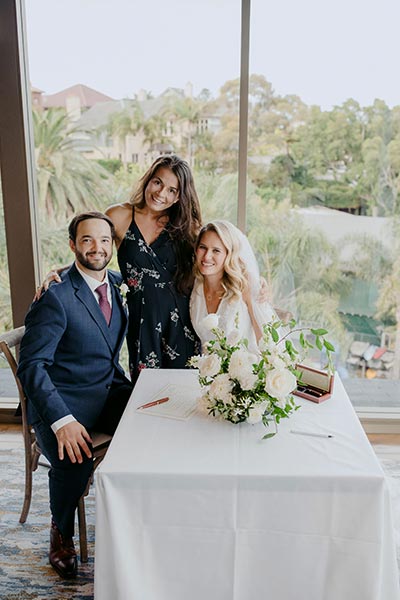 One thing that struck me at the time, was the sermon that was given by Bishop Michael Curry. The Most Reverend Michael Curry became the first black presiding bishop of the Episcopal Church – like the Church of England, part of the Anglican Communion – when he was appointed in 2015.

By all accounts initially, the fact that an African American minister was even given the preference to hold the space in a typically snobby and ethnocentric English upper class aristocratic setting, was something that I was primarily excited about.

Until he started preaching. And got so caught up in his sermon, that he didn’t realise that he was talking AT people rather than engaging WITH them, unconsciously unaware of how much he’d gone over his allocated time.

Twitter feeds went ballistic with a hashtag that trended more than the one given to Harry and Megs. The majority of opinion made fun of what quite likely started off as good intentions. Even I, almost lost the will to live. And this was sad.

Because a wonderful opportunity to engage, and inspire not just the wedding guests, but the rest of the world watching this televised broadcast, had well and truly been lost by someone who took the space, instead of holding it.

I can’t help but want to add that had this been a woman, she would most likely have been obliterated by social media and newsfeeds. The character assassination that would possibly have targeted her looks, dress sense, family of origin and lifestyle would have been unkind, cruel and grossly unfair.

Ironically, there’s a term in the yogic scriptures that is part of Patanjali’s eight-fold path of yoga referred to as the Yamas: the moral, ethical and societal guidelines for the practicing yogi. Patanjali considered the Yamas the great, mighty and universal vows. He instructs us that they should be practiced on all levels (actions, words, and thoughts) and that are not confined to class, place, time or concept of duty.

An associate recently came into my life and after interacting at several gatherings, I found myself feeling drained in their presence as most conversations would centre around them and their own opinions. And while I believe it’s a common trait to want to build rapport with someone by referencing your own similar experiences, the therapist in me sees the red flags when there’s a never-ending barrage of “Oh that happened to me too..”

I showed deference and claimed my space by taking the time to explain the difference between ‘holding the space for someone’ versus ‘taking the space from someone’. In the end, my companion’s lack of impulse control and inability to self-regulate their own emotions far outweighed their capacity to be able to hold that space for me, so I claimed my space in a different way and consciously changed our energetic connection from my end.

In the example I referenced above, this was easier to do, because the energy exchange between us was relatively new, as opposed to having to redefine boundaries that had been years in the making. What I learn myself and also teach my clients, is that this can also be easy to do, but the process requires a little more energetic preparation when you’ve known someone for longer.

And this is not just about speaking our truth, it’s about ensuring our words and our actions are in divine alignment, for the other great lesson that I’ve learned in life, is that when you don’t share the same values and principles with someone, wanting them to see your truth can potentially be a serious waste of time and energy.

If you’ve been reading my blogs for long enough, you’ll know that I often speak of how our interactions with people can often be categorised into 3 thirds. The 1st third being the key supportive people that are aligned with our values and support us, the 2nd third comprised of mostly acquaintances and the 3rd third encompassed mainly of people who will never understand us.

As sensitive souls, many of us undergo a rite of passage where we don’t always incarnate into a family that is our 1st third, yet we are pressured into forging relationships that are simply not destined to be close or supportive. Or sometimes our growth has moved into the opposite direction and we’re forcing a relationship to be what we wish it could be, or perhaps what it used to be.

Sometimes we’re pitched into a mix of people that is based on the pure geography of where we live, work or study and even who our partner is related to – not who we would necessarily choose as our friends. And such begins the process of accepting, allowing so that we can unfurl and reclaim our space accordingly.

Til we meet again, I’m sending you lots of love,