So the end of daylight savings celebrated by starting with a few random bursts of rain didn’t it? I got caught at the ‘no shelter’ point along the Bondi to Bronte coastal walk, so decided to go with the flow and pretend I was having a (fully clothed) swim instead.

We’ve officially began the 2nd quarter of the year and my personal intention that has surfaced after having spent the last few weeks decluttering like a woman possessed, is EASE.

This has meant that I’ve pressed the PAUSE button on some projects that I still consider to be exciting, but have realised would take a little more energy than I’m prepared to give right now. 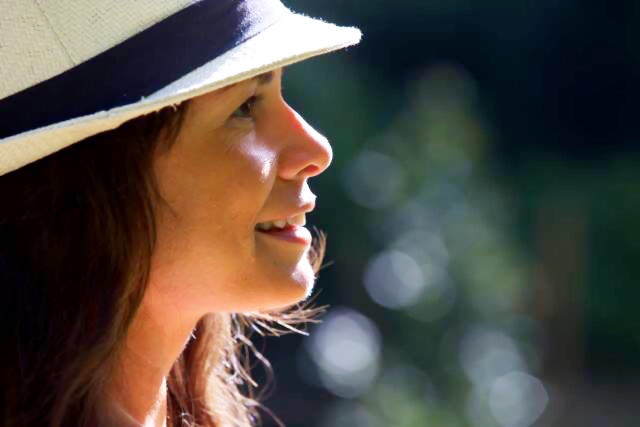 One thing that did catch my eye on social media this week was an interview from the Ellen DeGeneres show with a young actress who became emancipated from her mother. My intrigue was piqued because of how she chose to divulge the information and I wanted to share it with you. When the daytime host asked the actress the reason why, she said,

“It has been very sad for me, but at the same time, it’s much better for me emotionally and physically to be on my own and have a better, safe household and support system.”

But the quote that REALLY got my attention?

There’s a cynical part of me that scoffs about how her manager and PR team might have had her practice that well rehearsed speech, but the other human side of me thinks ‘so bloody what?’

At such a young age, she’s leading by example and making a positive impression for young girls that are transitioning into young women.

If you’ve ever attended any of my throat chakra or Kundalini Yoga & Communication workshops or had a 1:1 session with me, you’ll be familiar with how I’m fond of ‘re-writing’ or ‘editing the story that you think is normal’.

So many of the habits we form stem from the interactions that we thought were acceptable behavior in our formative years.

In relation to this particular issue, this is something that certainly hit home for me.

The culture that I grew up in considered it normal to be expressive about emotions. And boy were we are a loud bunch.

I love how I say ‘were’ as though we’ve now all become quiet and measured in our responses.

We’re not. We’re as loud and raucous as ever – but there HAS been a very distinct change about the way we speak of others.

This stems from a few different factors such as getting older and ‘knowing better’, but mostly from having our words bite us in the arse and having to be accountable for seemingly flippant expressions that proved to be either inaccurate or hurtful towards others.

And while we were busy scoffing down our humble spanakopita pies, we also learned the value of not adding fuel to an already fiery situation and avoiding another ‘Greek Tragedy’.

I believe that words carry a lot of power. This is why we inadvertently manifest more of what we constantly lament (i.e. debt, no romantic partner) right? If you say it enough times the Universe will deliver it.

So choosing to honour someone that may not have necessarily honored you, not only elevates your own personal vibration, but it also creates the first dent in the universe by holding them in a light that could potentially help them facilitate a positive change.

And like most things, this is something that’s so much easier said than done, and I’m often reminded about why my yogic path is called a ‘yoga practice’.

Not only is it something that I ‘practice’ repeatedly in varied situations, but in each attempt to transcend the darker shadow emotions of my ego, I won’t always get it ‘right’.

P.S. My 1:1 sessions have been booked out in the last few months and I’m excited to announce that there are a few spots open again this week AND I’m currently working on a 8 week personalized chakra healing package.