Why ‘feeling the fear and doing it anyway’, is bullshit

There are some memes that appear on my social media feed that I never get tired of seeing over and over.

And then there are some that drive me insane, as toxic messages become normalised within our culture and society. The one I have the biggest issue with, is “Feel The Fear And Do It Anyway”

An aspect of our nervous system is comprised of either fight / flight / or freeze mode when we sense we are dressed or in danger.

When we ‘freeze’, we tend to appease.

Years ago when I was living in Amsterdam, I initially found the public transport ticketing system confusing, and as I stood befuddled at what the foreign words meant, a kindly man approached me and offered to help.

I was grateful for his assistance which I readily accepted.

Upon helping me complete the transaction, he then held his hand out to me with the palm up and said “That will be 5 gilden” (the Dutch currency before the Euro). I was shocked and asked why. He said that this was a cheap service that he offered for tourists and I begrudgingly gave him the money, the whole furious at myself for falling for his trick. 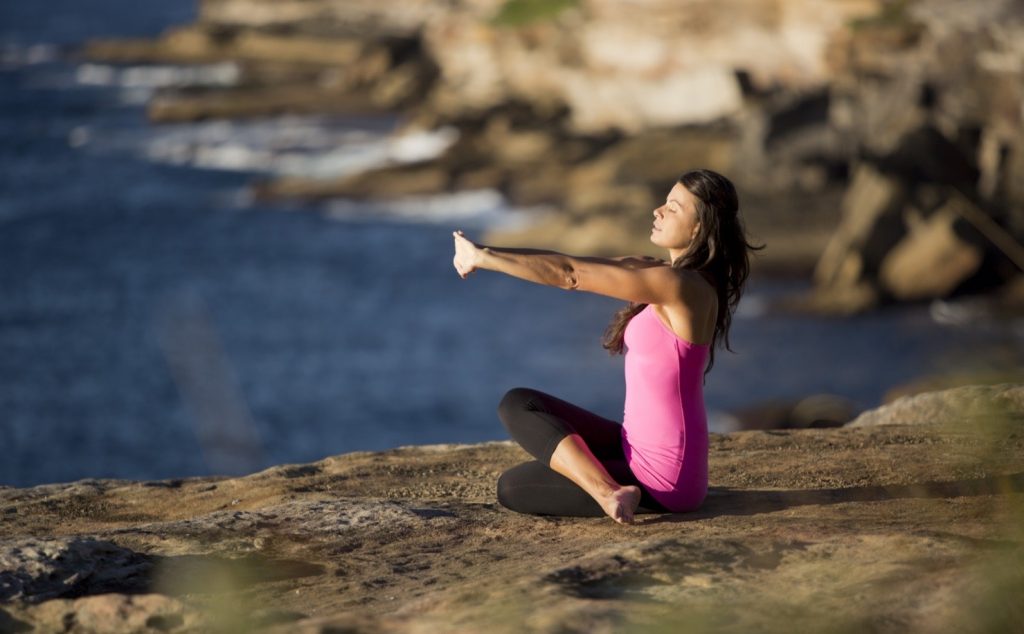 Each time I’d go to central station, I’d be on the hunt for him and I vowed that should I ever see him try to pull a fast one on another unsuspecting tourist like that again, I’d march myself over and warn them about his scam.

Months went by and I’d almost forgotten about it, til I spotted him helping a young woman. I remember making a beeline for them with an intent to fore warn her about his intended deceit.

I got there just as he held his hand out asking for the money for his service to ‘help the tourists’. Before I could say a word, a heavily accented French girl smiled at him and said “Ah, you should have told me this from the beginning, but eh, you will know for next time. Thank you again for your help, au revoir moiseir!” And she then walked off like some magical unicorn heading for her star dusted multiverse.

I stood there shocked. This woman wasn’t a native English speaker and she hadn’t even flinched, much less balked at this guys attempt to rip her off. I watched her float away as I silently made her my spirit animal.

The other lesson for me was watching his reaction. It wasn’t what I had expected.

You see I was afraid that he would get violent had I not coughed up the cash, but this was merely my projection or possibly remnants of my own unprocessed trauma. (Likely both!) Not only did he get over it very quickly, he had already moved on to his next unsuspecting mark that he’d easily targeted again.

That French girl was a huge template updater for me, as it took many more years for me to be able to emulate a similar nonchalant chutzpah like hers. She had left a huge impression on my psyche and I’d think of her often over the years.

When I moved back to Sydney and had pulled up at some traffic lights, I was approached by a man who wanted to clean my windows in exchange for some coins and after ignoring my polite “no thanks”, he squirted soap on my windshield and then used a squeegee to rinse it, despite my avid protests of “NO NO NO”.

I finally rolled the window down and said “No thank you. If you keep cleaning it, I won’t pay you”. He shrugged and continued squeegeeing, and once he was done looked at me and turned his palm up expecting to be paid. I shook my head no again and he simply shrugged and walked away.

In hindsight, it’s now clear to me that I was still not as expanded in my self worth as that inspirational French girl back in Holland, for I had to talk myself out of not giving him change due to the feelings of guilt and obligation that surfaced for me.

It showed me I still had more work to do with my spoken boundaries, the follow through and then dealing with the aftermath. In my case, it was the inevitable remorse that followed, but in spite of second guessing myself, I had definitely improved since the Amsterdam train ticket incident.

According to our nervous system, the difference between nervousness and excitement is very subtle. It’s elusive enough to be downright confusing.

According to author Olga Khazan, “it’s because anxiety and excitement are both aroused emotions. In both, the heart beats faster, cortisol surges, and the body prepares for action. In other words, they’re “arousal congruent.” The only difference is that excitement is a positive emotion‚ focused on all the ways something could go well.”

Calmness is also positive, but it’s also low on arousal.

What many of us don’t realise however, is that a sense of calm reaps a greater return on your emotional investment, as it’s more sustainable in the long term.

One of my cousins describes motherhood as a mental illness that’s worse than when she first fell head over heels with her now ex husband. She reflected that she used to be addicted to the adrenalin of excitement and had even embraced the volatile nature of their union. A sense of calm was so foreign to her that the feeling of anxiety she felt at home, matched the feeling she had around him, only she had misplaced it for excitement.

I’m a firm believer in how you do one thing, is how you do everything, and if you start a project or a relationship from a misaligned perspective such as fear, anxiety, anger or even grief; your journey is likely to be long and arduous.

The ubiquitous “Keep Calm and Carry On” posters are evidence of the slogans I’m more partial towards, however I credit that a sense of true power will always stem from your alignment portal being healed and activated.

This means remaining neutral and detached, for sometimes it is in the disappointments, or in the experience of things not working out, where we learn the most and can then make the appropriate creative adjustments in order to align with our true north.

4 years ago, I dreamed of creating a group program, but the Universe had other plans and in some ways, turned my life upside down. This year, I have the 2020 vision to see that it is now very much, the right way up, and it is with the combination of blessed timing, I proudly share with you my latest offering, the SIX MONTH SOUL SUPPORT.

We start at the end of March and it’s open to an intimate gathering of only 8 women. The image below will take you to the link with more information if this calls to you or your loved ones.

BUT! Before I release you from my custody, I want to remind you of something profound. And that is, for someone out there, YOU were the inspirational light that instigated a change in someone, much like that beautiful French traveller did for me so many years ago.

Keep shining your beautiful light – we all need it! Til next time, 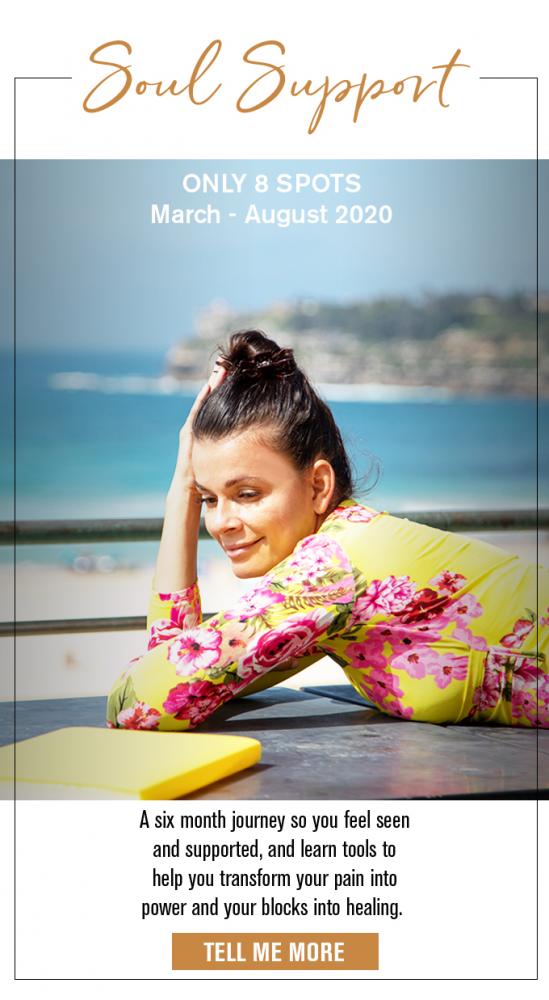